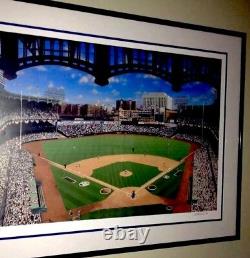 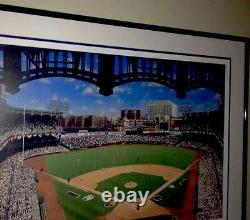 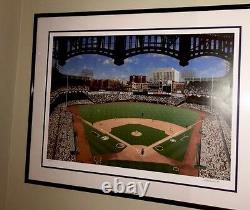 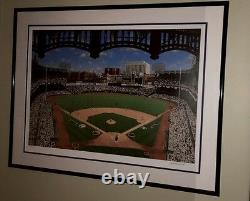 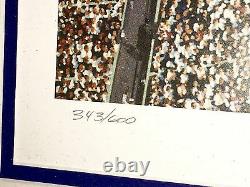 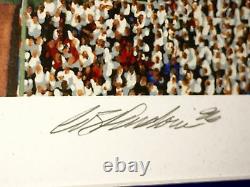 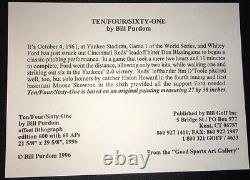 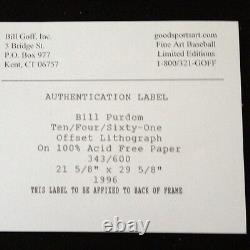 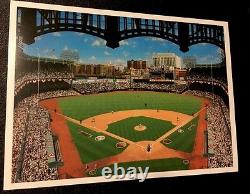 It's October 4, 1961, at Yankee Stadium, Game 1 of the World Series and Whitey Ford has just struck out Cincinnati Reds leadoff hitter Don Blasingame to begin a classic pitching performance. In a game that took a mere two hours and 11 minutes to complete, Ford went the distance, allowing only two hits, while walking one and striking out six in the Yankees' 2-0 victory. Reds' left-hander Jom O Toole pitched well, too, but solo homers by catcher Elston Howard in the fourth inning and first baseman Moose Skowron in the sixth provided all the support Ford needed. "Ten/Four/Sixty-One" is based on an original painting measuring unframed, 27 by 38 inches Comes Framed and Matted with the COA... We do not mark merchandise values below value or mark items as "gifts" - US and International government regulations prohibit such behavior.

Feel free to ask questions... Also check out our inventory as we will be adding some great, RARE pieces to the store!

The seller is "koolectibletoons" and is located in New Haven, Connecticut. This item can be shipped worldwide.