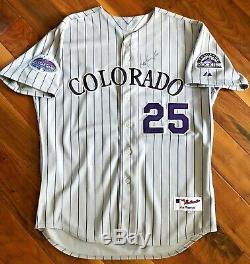 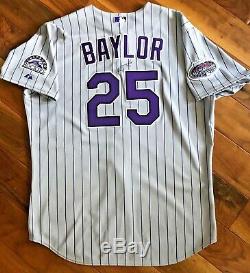 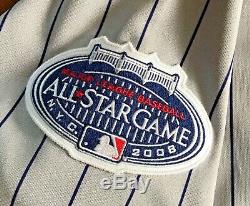 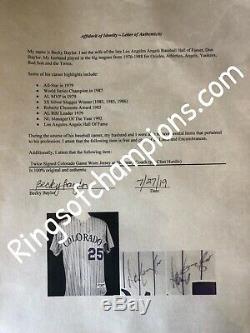 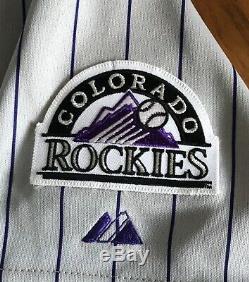 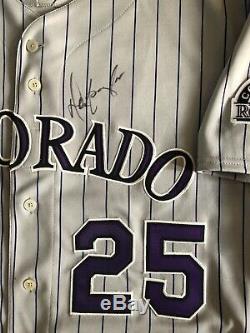 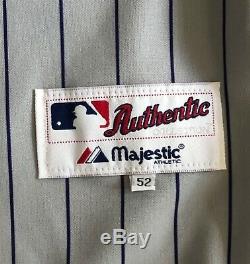 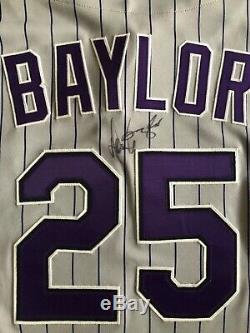 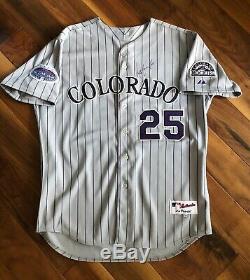 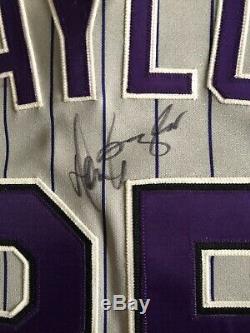 It is autographed also 2-times.... Once in the front and on the back. The jersey is manufactured by Majestic with all the proper tagging (Size-52 and 0062 code).

The Rockies logo on the left sleeve with the Yankee Stadium All-Star Game Patch on the other! The jersey comes with a LOA from Don's wife, Becky Baylor. Please message us with any questions. Each and every item we sell is Guaranteed Authentic! Don Baylor: reached the World Series three times in his career, in consecutive years with three different teams.

Baylor played in the World Series with the Red Sox in 1986, the Twins in 1987, and the A's in 1988, and he was on the winning side in 1987. Baylor is one of two players in history to accomplish this feat; Eric Hinske is the other.

Baylor was a power hitter known for crowding the plate. He set the Red Sox team record for most hit by pitches in a season (35 in 1986); in his career, he was hit by pitches 267 times, fourth-most all time. Baylor retired with 285 stolen bases, , 2,135 hits, and 338 home runs. After retiring as a player, Baylor served as a hitting coach for the Milwaukee Brewers and St. Louis Cardinals until he was named the manager of the expansion Colorado Rockies He led the team for six years from 1993 to 1998. The Rockies posted their first winning record (7767) in 1995 and made the postseason as the wildcard team. As a result, Baylor won the National League Manager of the Year Award. He finished his Rockies managerial career with a regular season record of 440469 and a postseason record of 13. He became the hitting coach for the Atlanta Braves in 1999 and was hired to manage the Chicago Cubs in 2000, a job he held through the 2002 season.

He had a record of 187220 with the Cubs From 2003 to 2004, he served as the bench coach for the New York Mets. He spent the 2005 Season with the Seattle Mariners as hitting coach under manager Mike Hargrove and was as a fill-in analyst for MASN in 2007 for Washington Nationals broadcasts. Baylor was asked to be a Honorary Coach for the 2008 All-Star game by Clint Hurdle. Baylor served as hitting coach for the Colorado Rockies during the 2009 and 2010 seasons.

On March 31, 2014, Baylor suffered a fracture to his right femur while catching the ceremonial first pitch of the 2014 season, thrown by Valdimir Guerrero. On April 1, 2014, he had surgery to have a plate and screws inserted into his leg. On October 13, 2015, the Angels announced that Baylor would not return as the team hitting coach in 2016. Through the e b a y.

PICTURES PROVIDED IN THIS LISTING ARE OF THE ACTUAL ITEM FOR SALE! The item "Don BaylorAll-Star Game(New York) Worn / Used Jersey Uniform! Yankee Stadium" is in sale since Monday, August 17, 2020. This item is in the category "Sports Mem, Cards & Fan Shop\Game Used Memorabilia\Baseball-MLB\Jerseys". The seller is "championshiprings" and is located in Trabuco Canyon, California.